Coverage, power and backhaul. Those three pieces are fundamental to any working cellular network, but they can be awfully hard to come by during a response to a natural or humanitarian disaster.

Disaster Tech Lab specializes in providing emergency connectivity and has sent teams to support disaster response to hurricanes in the United States, earthquakes in Nepal and Haiti, and humanitarian disasters including the 2015 immigration crisis in Europe. The company relies on cellular technology to help establish communications in the field in support of the increasingly digitalized nature of disaster response and recovery, says Evert Bopp, CEO of Disaster Tech Lab.

Bopp said that his organization has worked with most of the large and many of the smaller NGOs over time, at locations ranging from the U.S. response to Hurricane Sandy in 2012 to the Philippines, Nepal, Fiji, Ecuador and Europe. With the increasing digitalization of NGOs, he said, “data, as with everywhere else, has become the big buzzword” — and that means more need for connectivity in the field as part of disaster response. That can include an increasing reliance on digital forms rather than paper; mapping; and general digital communications and connectivity.

The two biggest issues that his organization faces when it is deployed, he said, are backhaul and power.

“We can create a local network, but how are we going to backhaul it, what’s the available connectivity?” he said. “The second one is power, how do we keep all out devices powered and running as much as possible?”

Disaster Tech started off relying on satellite connectivity, but found it to be slow, with high latency and high costs. As the company was looking for alternatives, the growth in cellular 3G and 4G networks made those technologies an option that hadn’t been available in the past, Bopp said. 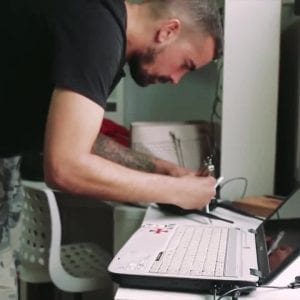 make initial requests for asylum, he called, each refugee had to take part in a Skype interview with European officials.

Refugees, Bopp said, “were living in tents and under tarps with no running water or electricity. It was almost impossible for them to meet that requirement.” Disaster Tech ended up working with a local MNO and getting portable Cradlepoint routers and laptops set up that could be taken from tent to tent so that people could make their initial asylum requests. The company also used Cradlepoint routers to create bubbles of Wi-Fi coverage so that people who had cellular phones could have email access and stay in touch with other family members, and to support on-site schools for the children and clinics, where international volunteers needed reliable access to diagnostic information and treatment plans. The devices had to be very rugged and able to operate reliably in the high temperatures of Greece in the summer, he added. 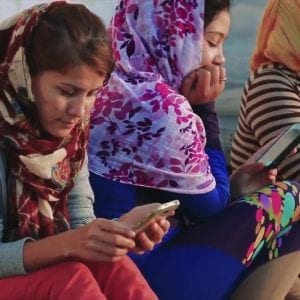 Disaster Tech, Bopp said, has been able to power devices from 12-vote battery packs and rely on 3G or 4G coverage for backhaul, even in the midst of disasters. In fact, he said, the use of cellular-backhauled connectivity has proved so useful in the field that Disaster Tech is in the process of putting together rapid-deployment kits that can be sent out, without personnel, for use by NGOs responding to natural or humanitarian disasters. The kits will include battery power supplies and a Cradlepoint router, Bopp said.

Another advantage of the cellular router approach, he added, was that Disaster Tech’s back-office team can manage the deployed devices remotely and troubleshoot if necessary, which has proved useful in a highly mobile response environment. (The organization often puts out a call for volunteer Wi-Fi/network engineers, VoIP experts and electricians when it puts together a rapid-response team.) Disaster Tech has even been able to loan out Cradlepoint equipment to NGOs which didn’t have their own means of data communications, Bopp said.

Bopp added that for Disaster Tech, recent roaming regulations changes in Europe have had an important impact. Roaming charges across Europe are essentially now that same as national charges, he said, so taking a SIM card from a Greek operator and using it in a Cradlepoint router in another country now costs the same as operating it in Greece, which simplifies operations and reduces costs.

“That has been a huge cost saver,” he said. “We’ve always had the ability to roam, it was the costs that have been the issue.”

Asked if he could recall a time when cellular tech was particularly useful in disaster response, Bopp responded instead, “There hasn’t been a scenario where we’ve deployed where they haven’t met our needs.” He added that from deployments of two people in a vehicle who need laptops, to larger roll-outs where there is a response command centers with multiple NGOs, the company has been able to rely on its cellular routers for connectivity. “They’ve never failed us in any of those scenarios,” he said.  He said that the company has had one router up and running in Greece for more than two years, and it hasn’t had to be rebooted once.

“In the end, when we find something that does the job, we’ll stick with it for as long as we can,” he said.

Interested in more information on public safety and disaster response trends and challenges, with a focus on the European market? Join RCR Wireless News for a webinar on the topic on Wednesday, Sept. 18 and keep an eye out for the accompanying special report.

Dear CWA Members, As I reflect on the many challenges we faced in 2021 due to the impact of COVID-19 and it’s variants, I am so thankful that we were able to host our two marquis events – The … END_OF_DOCUMENT_TOKEN_TO_BE_REPLACED