As riders in the Tour de France cycling competition climbed through the mountains of France and sprinted down the streets of Paris, each one of them carried a tiny, well-connected passenger: a 100-gram sensor, affixed beneath the saddles of their bikes. 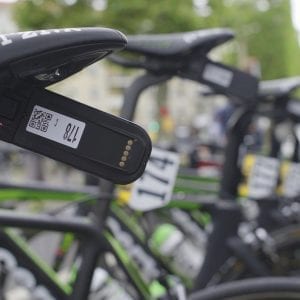 Those sensors, transmitting real-time position and speed data every second, passed that information via a moving mesh network of gateways on motorcycles, helicopters and aircraft that were filming the race, where their data joined the broadcast video data streams and was sent to a specially-equipped truck waiting at the end of each stage. That “big data truck” was a mobile command-and-control center and an aggregation point where the sensor data passed onto the fiber network to a cloud platform, where it was combined in real-time with 53 additional attributes like weather data, time gaps and group calculations to create insights on the race situation, team tactics and individual performances which were pushed out to broadcast and digital channels within 400 milliseconds, for an immersive viewing experience.

The company behind that big data system? Telecom and tech company Nippon Telegraph and Telephone, better known as NTT. 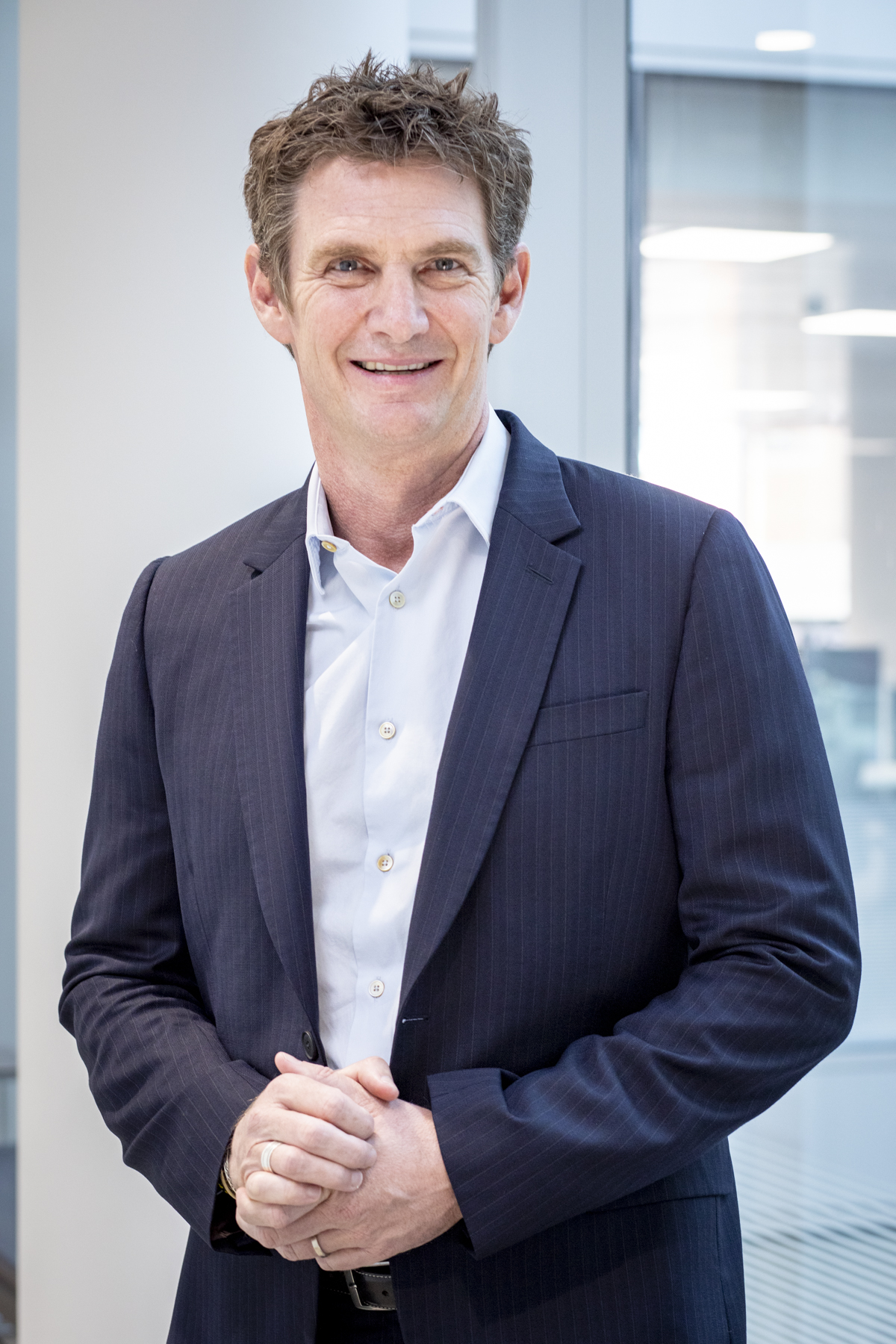 Jason Goodall is the man at the helm of the “new” NTT – NTT Limited, a global company which parent company NTT Corporation launched in early July to combine what were previously 28 separate entities, operations and brands that NTT Corp. had acquired over about a decade. Headquartered in London, the new NTT already has a revenue base of $11 billion, 40,000 employees in 70 countries, and a client base that is 10,000-companies strong. It includes NTT Communications and NTT Security, as well as IT services and consulting company Dimension Data, as part of a broad portfolio of capabilities with which the company aims to make it easier to offer its customers end-to-end solutions ranging from IT to IoT, from consulting all the way through network access and data centers, to managed tech services.

The combination of business units which make up NTT Ltd. “really does give us the opportunity to deliver a broad range of offerings and services, in a very diverse and broad geographic footprint,” Goodall said. “We have the scale to do so on a standardized platform that we own, and then start to do things like adding analytics and AI to the way that we deliver services.”

So what market opportunities interest the new incarnation of NTT?

The internet of things is one obvious space – and the company’s support of wireless technology and big data for the Tour de France is just one example of its work in that arena. One thing that the company is unlikely to do, however, is get into the weeds of IoT device manufacturing and ownership, Goodall said – they’ll partner for that, and focus on helping other companies deploy devices and get the data off them 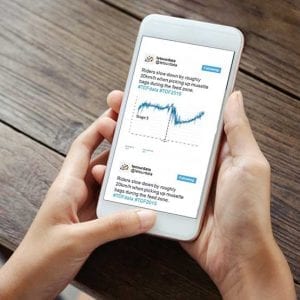 Data from NTT Ltd. was available to fans and commentators in real-time. (Image: NTT Ltd)

and process it for insights, via its own cloud infrastructure or that of partners’. In the Tour de France instance, the company has a long-term partnership (originally initiated by Dimension Data in 2015)  with Amaury Sports Organization, organizer of the Tour. ASO handles the transmitters themselves; NTT’s role is focused on getting the data, processing it and delivering insights to mobile devices around the world, to fans following the race, sports commentators and various websites tracking the race, Goodall said. Last year, NTT said, the race produced 135 million data points; this year, it expects the race to be “the most data-rich Tour de France in history.” NTT this year even introduced its own NTTPredictor prediction engine as part of the experience, which has 70% accuracy in predicting the top three riders in each stage, Goodall said.

Another opportunity is the one presented by 5G. NTT Ltd., he said, believes that 5G is going to change and bring to life a new, application- and data-driven mobile environment.

“We see 5G being used to deliver a totally different experience to users, using mobile technology where you don’t have the limitations of what you had before,” Goodall said. “You can deliver much higher speeds directly to mobile devices. … You have much more capability in regards to the type of information that you send, the richness of things like video communications between users, the richness of the fundamental information that you can embed.”

But that will take time to roll out, he acknowledged. In the meantime, NTT Ltd. has been working on exactly how it will tackle its various markets as part of a cohesive whole and is focused on the “seamless and easy” experience that it wants customers to have. Goodall said that the company has the advantage that many of the units which were rolled into NTT Ltd. previously worked together, which has made integration easier.

Much of NTT’s existing business could be classified under the broad umbrella of digital transformation, and Goodall said that one of the company’s aims is to help its customers navigate a complex, hybrid and software-defined environment: infrastructure and data on-premise and off-premise, in public or private clouds and sometimes scattered around the world; data regulations that vary considerably from country to country; and legacy systems that need to be transformed. He added that NTT wants to make sure that it continues to leverage its telecom assets, including service networks and its data centers, to put all of its resources to work at scale in a way that is tailored to is customers, at scale. Its telecom assets and peering points also mean that it has visibility into a significant portion of internet traffic, Goodall noted, which bolsters its ability to provide detailed information and analysis on network security threats.

“Organizations worldwide are increasingly looking to technology companies that can adapt and support them across a range of fast-moving challenges, societies, agriculture and manufacturing need fully-integrated solutions that will help them harness the power of IoT, edge analytics and collaboration platforms,” said Chris Barnard, VP for enterprise infrastructure and communications at IDC, in comments on NTT Ltd.’s formation. “In coming together as one company, NTT is acknowledging this, giving them one single view across their organization for better insights that will help them transform and benefit from change.”

And does it make sense to locate a new, global company in London in the midst of Brexit uncertainties?

When NTT Corp. announced the formation of NTT Ltd. and its home base, NTT Corp. President and CEO Jun Sawada said that the company “considered several locations as the headquarters … and made a deliberate decision to choose London. It has many benefits, including a stable economy, wealth of skills and talent diversity in population and thinking, strong infrastructure, schools and housing for global talent moving to the city.”

Goodall says that the advantages of London as a location from which to serve both Asian and North American markets are indisputable, as is the value of its highly educated, tech-savvy workforce. And as company navigate the U.K.’s new relationship to the European Union, no matter how that turns out, they will need guidance to do so – and they might turn to NTT.

Dear CWA Members, As I reflect on the many challenges we faced in 2021 due to the impact of COVID-19 and it’s variants, I am so thankful that we were able to host our two marquis events – The … END_OF_DOCUMENT_TOKEN_TO_BE_REPLACED