The journey to 5G: Communications and computing will converge in the clouds

While early 5G deployments are limited in scale and services, the best is yet to come. Like previous generational wireless cellular upgrades, 5G is a disruptive change to the overall telco/carrier architecture marked by a transition to a virtualized infrastructure. This isn’t like flipping on a switch; it’s a journey that will scale over multiple years to ultimately realize the full  promise of 5G.

That journey has begun and will quickly grow from simply higher peak speeds in select geographies to widespread support for enhanced mobile broadband, massive Internet of Things (IoT) implementations and ultra reliable low latency communications (URLLC) for mission critical applications like telehealth, predictive maintenance in smart factories and collision avoidance for autonomous vehicles. These are the three primary 5G use cases that will help accelerate development and innovation in almost every aspect of our society.

Cloud computing has fundamentally changed how consumers and businesses conduct their work. The development of faster internet access drives more cloud computing and reduces the cost of on-premise equipment, enabling virtual, scalable and dynamic computing features for companies and people. With the enhanced features of 5G, the post-cloud computing model will transition to a mobile distributed computing model where compute and storage are distributed throughout the network—essentially bringing together the best of mobility and cloud.

“The transition from the current 4G LTE network to 5G will take place over multiple years and will accelerate new business, operational and technologies such as IoT, AR/VR, artificial intelligence and machine learning,” Dell Chief Technology Officer and Senior Vice President Liam Quinn told RCR Wireless News in an interview. “The planning and deployment of devices, services and applications will be closely tied to the carriers’ buildout plans to usher in the new, hyperconverged era of communications and computing.” 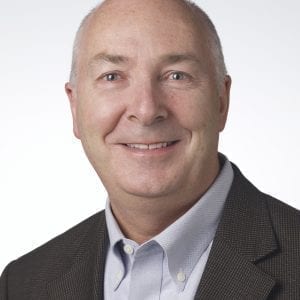 In tandem with the move from a centralized to a distributed cloud model, traditional networks, based on large macro cell towers serving the connectivity needs of users, will be significantly densified with the addition of small cells to enable enhanced mobile broadband, the delivery of very low latency connections and support a massive number of IoT endpoints at global scale.

In addition to the move of compute to the edge and investments in network densification, 5G networks are being fundamentally altered through the introduction of network functions virtualization and software-defined networking,  Rich Communications Services, embedded policy and service logic and data management and analytics. Shifting from specialized and single-function hardware and proprietary software to general purpose hardware and largely open source code allows operators to dynamically meet the rapidly changing needs of consumers and businesses.

To enable and support the diversity of usage models and data streams, 5G network slicing will enable endpoint devices and applications to simultaneously connect to any cloud service through a dynamically created data pipe, or slice, that exactly fits the service level requirements of an application–the network is now tailored to fit the needs of the not just mobile phones but billions of new IoT devices which, in addition to facilitating an improved user experience, allows operators to optimize the allocation of valuable spectral, network and cloud resources.

“I see 5G as a catalyst that will bring forward things like AI and machine learning, things like smart cities and smart cars and telemedicine and the internet of things,” Quinn said. “It’s the catalyst that has been missing in a lot of these adjacent technologies. 5G is more of a disruptive catalyst than a technology in and of itself.”

The post The journey to 5G: Communications and computing will converge in the clouds appeared first on RCR Wireless News.

Dear CWA Members, As I reflect on the many challenges we faced in 2021 due to the impact of COVID-19 and it’s variants, I am so thankful that we were able to host our two marquis events – The … END_OF_DOCUMENT_TOKEN_TO_BE_REPLACED