John Donovan, who heads up AT&T Communications, is planning to leave his post as of October 1. Donovan, 58, said he will be retiring and plans to spend more time with his family. 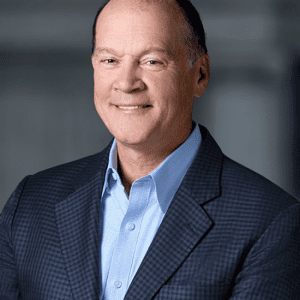 AT&T said it plans to announce his replacement “soon.” AT&T Communications is the company’s largest business segment, encompassing its wireless and wired operations, its enterprise segment as well as DirecTV, voice and home broadband. Donovan has been the CEO of AT&T Communications for the past two years, as AT&T launched its initial foray into 5G with an enterprise focus and has undertaken the FirstNet network build-out.

“It’s been my honor to lead AT&T Communications during a period of unprecedented innovation and investment in new technology that is revolutionizing how people connect with their worlds,” said Donovan in statement. “All that we’ve accomplished is a credit to the talented women and men of AT&T, and their passion for serving our customers. I’m looking forward to the future – spending more time with my family and watching with pride as the AT&T team continues to set the pace for the industry.”

“JD is a terrific leader and a tech visionary who helped drive AT&T’s leadership in connecting customers, from our 5G, fiber and FirstNet buildouts, to new products and platforms, to setting the global standard for software-defined networks,” said Randall Stephenson, AT&T’s chairman and CEO. “He led the way in encouraging his team to continuously innovate and develop their skill sets for the future. We greatly appreciate his many contributions to our company’s success and his untiring dedication to serving customers and making our communities better. JD is a good friend, and I wish him and his family all the best in the years ahead.”

Donovan came to AT&T in 2008 from VeriSign to take the role of CTO. He was promoted to Chief Strategy Officer and group president for AT&T’s Technology and Operations segment, and was named CEO of AT&T Communications in July 2017.

Donovan said during a Credit Suisse communications conference in June that the communications segment accounts for about 80% of AT&T’s operations. Priorities for the segment for this year, he said at the time, include reducing company debt, maintaining momentum in its wireless group’s operations — which is the “engine of cash flow and growth,” as he put it — and stabilizing the company’s entertainment division. The entertainment group continues to lose television and DirecTV Now subscribers, although Donovan said that the losses include both cord-cutters and some “cleanup” of customers who were only willing to pay less than it cost to serve them. The entertainment segment has seen modest growth in operating income in the most recent quarterly results, due to gains in broadband and video ARPU.

Dear CWA Members, As I reflect on the many challenges we faced in 2021 due to the impact of COVID-19 and it’s variants, I am so thankful that we were able to host our two marquis events – The … END_OF_DOCUMENT_TOKEN_TO_BE_REPLACED