FTC vs. Qualcomm – Support pours in for Qualcomm from all sides in its appeals process

Qualcomm got a reprieve when the United States Court of Appeals for the Ninth Circuit stayed the decision of United States District Court for the Northern District of California’s (DC) in its antitrust case. Immediately after the stay, Qualcomm filed its opening brief (175 pages long), which was followed by a flurry of supporting Amicus Briefs (each more than 40 pages) from different companies, U.S. government, a retired circuit court judge, and groups of experts. While all of them criticize DC’s ruling, two of them choose to be neutral; all others were strongly in favor of Qualcomm.

<<Side note: If you would like to know more about  Ninth Circuit court ruling, and the complete FTC vs. Qualcomm saga, check out this article series.>>

The briefs supporting Qualcomm strongly condemn DC’s ruling. Their arguments can be summed up into three major themes:

The focus of each Amicus Brief

One of DoJ’s main points is, alleged “unreasonably high royalty” is not anti-competitive; on the contrary, they quote from precedence that high royalties enable “risk-taking that produces innovation and economic growth.”

DoJ also emphasizes that Sharman Act violation requires “harm to completion” and not just “harm to competitors” as alleged by DC. DoJ ridicules DC’s “misunderstanding” of antitrust law, and also reminds it about the CFIUS’ action to block the takeover of Qualcomm because of national security reasons.

Judge Michel states that SSPPU is a mere tool to avoid jury confusion. He argues, since this was a bench trial, and because of the sheer number of complex patents (~140,000) that cover multiple functional units, use of SSPPU does not make any sense.

The judge also points to the disastrous outcomes when the SSPPU was mandatorily applied to IEEE standards 802.11ah and ai, which were ultimately rejected by ANSI (American National Standards Institute).

A group of 20 antitrust and patent law professors and experts

These experts, including the Judge who came up with the SSPPU concept, point out that the antitrust law needs actual proof of the harm (e.g., economic analysis), not just “Per Se” or “theory-driven arguments.” They condemn DC for using the discredited theory of Mr. Shapiro (without using his name) and simplistic documentary evidence, such as email, instead of concrete economic evidence to establish anti-competitive conduct.

They draw an interesting parallel between the decade long antitrust crusade against IBM, launched at the closing days of Johnson administration and that of Qualcomm, filed during the last days of Obama administration. They point out that DoJ learned its lessons about the ill effects of antitrust overreach by pushing IBM, an American technology jewel, to certain bankruptcy, and warn against repeating it.

ICLE, a group which has many antitrust and economics experts, opines that this “case is a prime—and potentially disastrous—example of how the unwarranted reliance on inadequate inferences of anticompetitive effect lead to judicial outcomes utterly at odds with Supreme Court precedent.”

Further, ICLE quotes one of the previous relevant judgments that seem to uproot the crux of DC’s argument—“The mere possession of monopoly power, and the concomitant charging of monopoly prices, is not only not unlawful; it is an important element of the free-market system.”

Cause of Action Institute (CoA)

CoA, a non-partisan government oversight group, comes down rather heavily on both DC and FTC. It reiterates the words of a sitting FTC commissioner who called this trial “a product of judicial alchemy, which is both bad law and bad public policy.”

Further, CoA  asserts that FTC exceeded its statutory authority in at least four ways, including the reasons that DC’s “injunction violates due process and is unenforceable for vagueness.”

USIJ states the fact that the cellular industry is one of the most competitive, dynamic, and thriving markets, and there is no need for regulatory or judicial interference. Instead, it suggests that the FRAND complaints and the other concerns can be better resolved by using contract and patent law rather than antitrust law. They say that the latter would be akin to using a hammer instead of a scalpel.

It warns that DC’s ruling will stop companies from participating in standardization, and that will be anticompetitive and will harm consumers.

InterDigital emphasizes that antitrust law shouldn’t trump innovation, and it points out how the law is being misused to make inventors “accept sub-FRAND royalties.” It also cautions about how antitrust overreach will weaken innovative US companies, and make their leadership replaced by foreign companies supported by their governments, who may not have the US’s best interests at heart.

InterDigital doesn’t specifically mention whether it supports Qualcomm or not.

Dolby comes out strongly in favor of keeping the flexibility of patent holders in deciding where in the value chain they license. They insist that this allows the innovators to maximize returns on their huge investments and fairly compensates them for the risks.

Dolby faults DC in misinterpreting the FRAND commitments to SDOs and suggests that there are no mandatory requirements to license at any specific level or to any specific providers. It also highlights the confusion and the havoc it would create if the well-established end product based licensing, practiced across many industries, is altered in any way.

Dolby only asks for the reversal of DC’s summary judgment instructing Qualcomm to license to rival chips makers.

Nokia points out the difficulties in licensing at a component level, and how patents cover more than a single functional unit, and how SSPPU is not applicable at all. While highlighting these inconsistencies in DC’s decision, it remains neutral.

There is a striking commonality in what Qualcomm has claimed in its briefing and all the Amicus Briefs coming from this diverse set of experts and in some cases competitors such as InterDigital. That suggests that there indeed is a strong case to be made against DC’s ruling. As I have pointed out in my earlier article, the appellate court seems to agree with many of these assertions as can be gleaned from the stay ruling. I would be highly surprised if the appellate court doesn’t overturn many of the draconian rulings of the DC.

Also, In response to Qualcomm’s briefing, FTC is expected to file its briefing sometime in October or November, and any Amicus Briefs supporting it will follow soon after. Come back to my column here for the latest developments and what they mean.

The post FTC vs. Qualcomm – Support pours in for Qualcomm from all sides in its appeals process appeared first on RCR Wireless News. 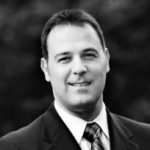 Welcome to the new Carolinas Wireless Association website! We hope you will explore the site and let us know what you think. 2018 has been a good year for the association but also a challenging one … END_OF_DOCUMENT_TOKEN_TO_BE_REPLACED