In-building 5G use cases, including millimeter wave, NR-U and 60 GHz, include venues, industrial facilities and enterprises

In the U.S., Verizon and AT&T are both rolling out commercial 5G service using millimeter wave spectrum to provide consumers with an enhanced mobile broadband experience with early testing showing over the air transmissions in excess of 1 Gbps. But that comes with trade-offs–given the propagation of millimeter waves, dense coverage will require a major investment in street-level small cells and building penetration, particularly in newer construction, will be highly limited. But that’s not to say 5G using millimeter wave doesn’t have a place in in-building wireless systems.

Alejandro Holcman, SVP of engineering, Qualcomm Technologies, Inc., explained during a recent webinar hosted by RCR Wireless News, that there are opportunities for indoor millimeter wave coverage by leveraging existing point-to-point rooftop sites, as well as through new, venue-specific deployments.

On 5G fixed wireless, Verizon actually went to market with a 5G-based home broadband service, which is set for expansion in the second-half of the year, and AT&T execs have described 5G home broadband as a viable alternative to wired connectivity.

The reasoning, Holcman said, is solving the last mile fiber problem. “I can do fiber-like speeds without needing to put fiber to the home,” although there are some challenges. “You have to find ways to somehow capture the signal outside and bring it inside.”

In dense urban markets, operators currently use rooftop sites to provide building-to-building wireless links. Reusing these sites to provide in-building 5G solves a coverage problem in an economical way, he said. “There is a good ROI in actually being able to cover a large amount of buildings with potentially existing sites that an operator may have on these rooftops.” Essentially a rooftop CPE can capture the outdoor signal and distribute it indoors via wireline. Holcman said Qualcomm analysis suggested this premise could support coverage over 80% of a building with 400 Mbps downlink and 10 Mbps uplink–speeds that are particularly compelling in less mature wireless markets. “It is a very cost-effective way to get broadband into dense cities.”

But the goal is to connect buildings, enterprises, airports, transportation hubs and essentially anywhere with high-density of users that’s under-supported on LTE. Holcman gave the example of a 100,000-person venue deployment that, on LTE, requires 38 sectors. At millimeter wave 5G, that goes down to 16 sectors and the end-user experience goes to 100-times the throughput. 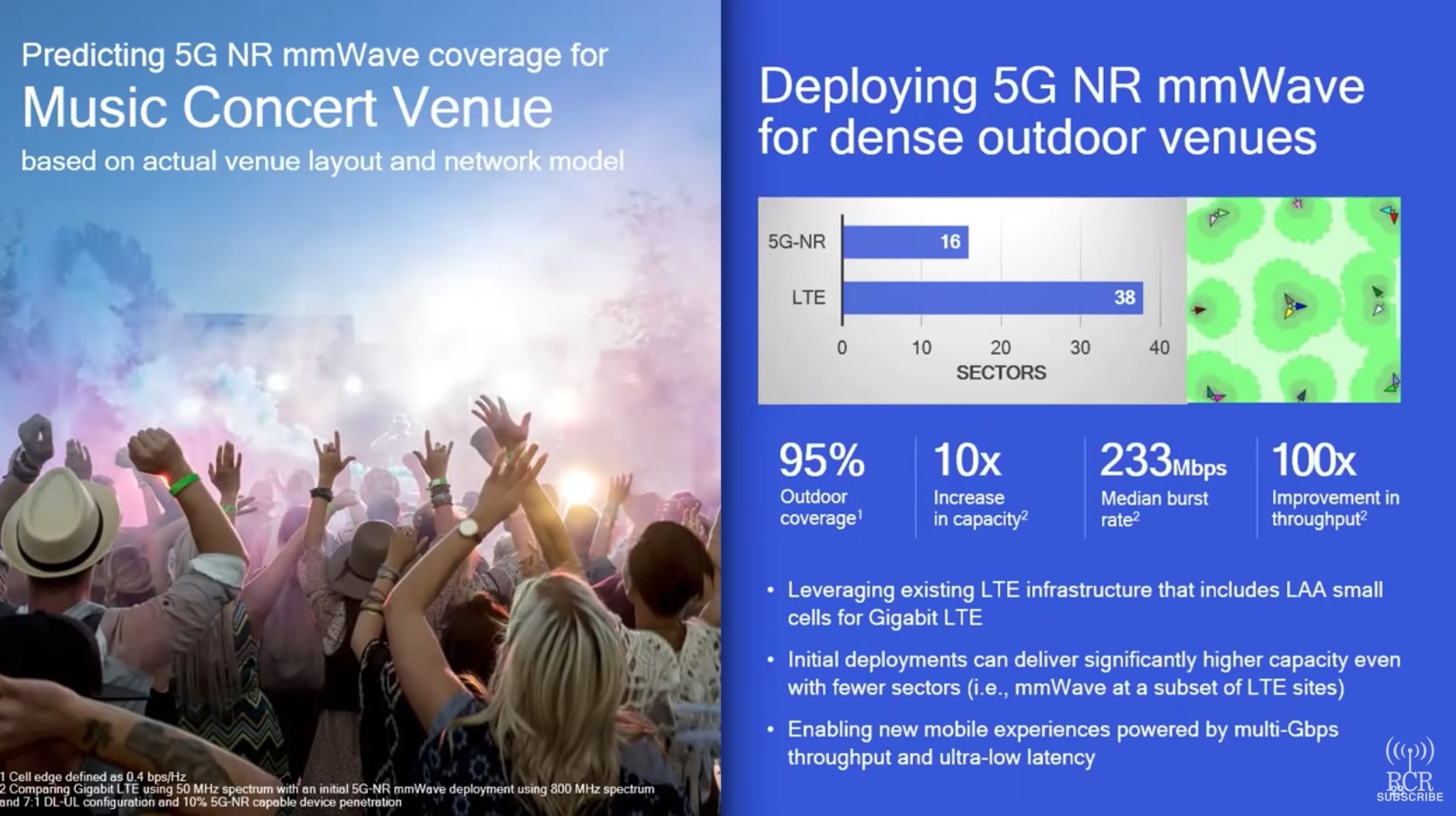 “I think in general we see over and over that there is no end to where the amount of data need is going. we see it in basically any statistic we look at so when we look at four, five years from now…the amount of capacity 4G has, it’s just not possible to do it,” Holcman said. “You’re going to need 5G; you’re going to need solutions like millimeter wave…lots and lots of possibilities to try and absorb that demand.”

During the recent Connect X event hosted by the Wireless Infrastructure Association, Kwikbit CEO Khurram Sheikh said he was pleased to see 3GPP moving on NR-U but, “I think the reality is, with 60 GHz, we have it today.” Kwikbit has deployed both indoor and outdoor solutions using its technology and 60 GHz spectrum for a range of use cases including for warehousing and campus coverage.

“With the quality and reliability we’ve seen with our deployments, I’m pretty positive we can jumpstart that activity.”

Dear CWA Members, As I reflect on the many challenges we faced in 2021 due to the impact of COVID-19 and it’s variants, I am so thankful that we were able to host our two marquis events – The … END_OF_DOCUMENT_TOKEN_TO_BE_REPLACED