OpenSignal: US has the fastest 5G peak speeds

The United States has the fastest 5G peak speeds in the world, due to operators’ use of millimeter wave spectrum and large available channels, according to new analysis from OpenSignal.

OpenSignal relies on crowd-sourced, device-based data and regular application servers for its information on user-experienced speeds, as opposed to test servers that may be located within an operator’s network. Data was collected between April 1 and June 30.

“It’s unsurprising to see that the current 5G maximum speed is so much greater in the US, because operators there are already able to use mmWave spectrum for 5G,” wrote Iain Fogg, who leads OpenSignal’s data analysis team, in a post on the new analysis. “This is extremely high capacity and extremely fast spectrum but has very limited coverage compared with the 3.4-3.8 GHz 5G ‘mid band’ spectrum typically used in most of the other countries we analyzed where mmWave spectrum is not yet available.”

OpenSignal also noted that the top speeds achieved in countries such as the U.S. and South Korea were “significantly faster than the maximum speed in European markets where 5G has only just launched such as Italy or Spain, or in the U.K., where the first operator to launch 5G only has 40 MHz of suitable spectrum, which is far below 5G technology’s 100 MHz channel size sweet spot.”

The lack of U.S. midband spectrum for 5G has been a concern for regulators, with the Federal Communications Commission currently exploring a number of options to expand the available spectrum for mid-band 5G deployments.

OpenSignal’s analysis also found that in Australia, 4G users actually have peak speeds faster than 5G speeds: 950 Mbps on 4G versus 792 Mbps on 5G. OpenSignal noted that Australia’s 4G performance is close to the theoretical limit of 4G. 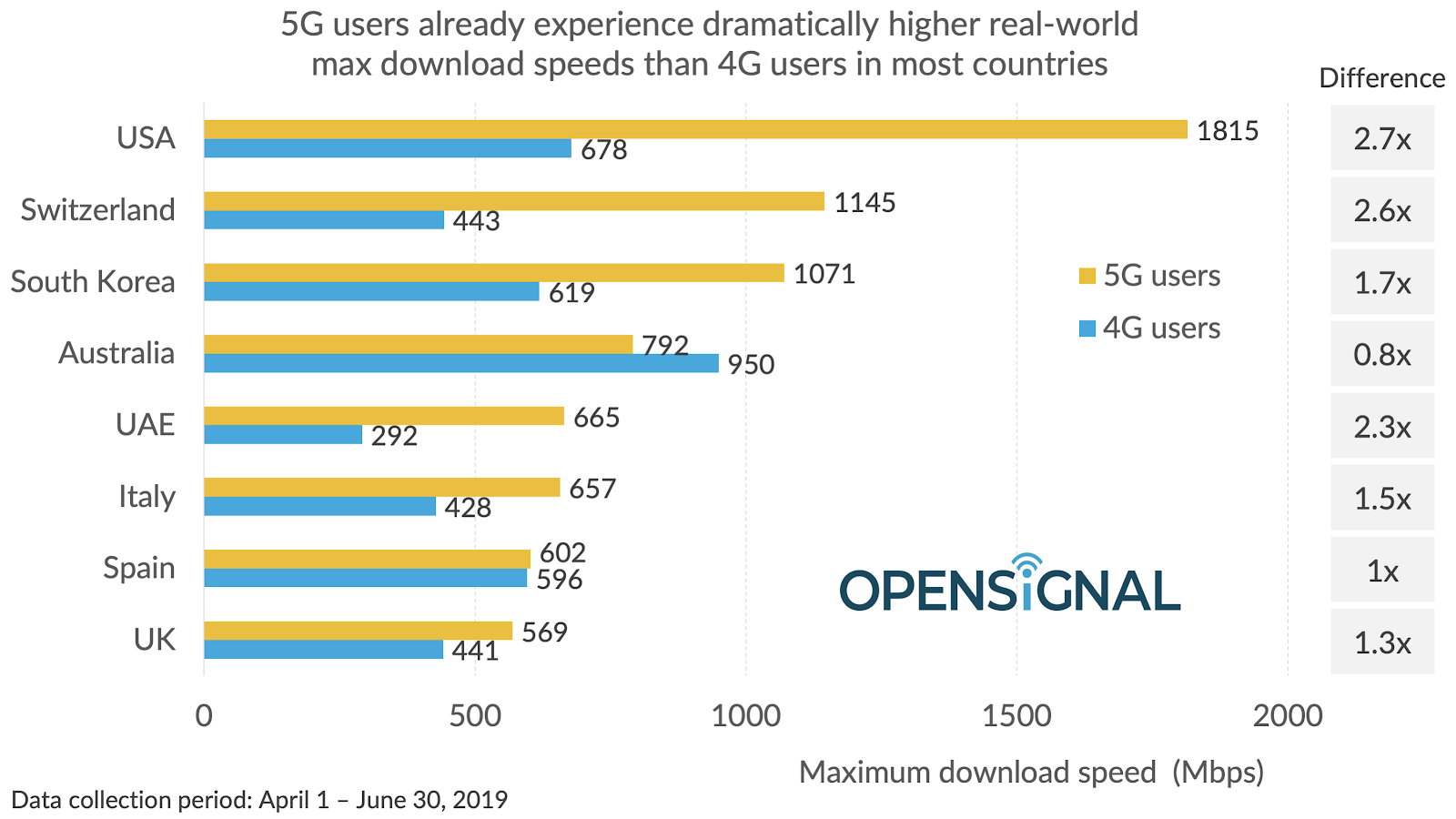 However, OpenSignal did point out that as far as 5G goes, it is still early days, and the company expects 5G speeds to continue to get faster.

“This is just the start of the 5G era and the market is moving quickly,” Fogg wrote. “More 5G services will launch using more spectrum and wider channels — there are few 5G services currently using 5G’s ideal 100 MHz channel size — and 5G technology evolves to be able to combine the performance of multiple 5G channels and bands together to boost both the maximum and average 5G speeds and further improve the mobile user experience of 5G users.”

The post OpenSignal: US has the fastest 5G peak speeds appeared first on RCR Wireless News.

Dear CWA Members, As I reflect on the many challenges we faced in 2021 due to the impact of COVID-19 and it’s variants, I am so thankful that we were able to host our two marquis events – The … END_OF_DOCUMENT_TOKEN_TO_BE_REPLACED