With 5G dominating the conversations at this year’s Mobile World Congress, the technology is moving from labs and trials into the field — and the test industry’s focus has shifted accordingly. A number of the products launched at MWC aim to support 5G field testing and 5G device testing, both of which become increasingly important as the technology moves into commercialization.

Here are some of the test-related highlights from MWC19: 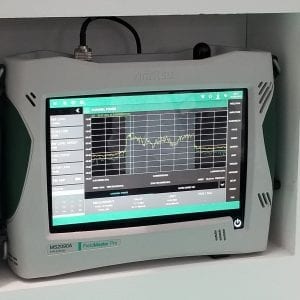 Field testing of 5G will become more important as the network build-out ramps up, and Anritsu says it has the first handheld field solution for 5G that includes three-dimensional indoor and

Keysight Technologies said that more than 15 companies used its test solutions to showcase their 5G, IoT or connected car offerings at the show, ranging from chip manufacturers to device OEMs. The test company signed a deal with Nordsys to combine their cellular vehicle-to-everything solutions to create more comprehensive  CV2X test capabilities — and the partnership also covers 5G-related vehicle testing in the future. Keysight’s Ixia Solutions Group, meanwhile, focused on visibility in the context of multi-access edge computing and remote sites.

Rohde & Schwarz moved to partner with crowd-sourced data company Tutela, to integrate drive-test data with insights into end-user mobile network experience. R&S said that the combination of drive-testing data collected under controlled conditions with the crowd-sourced, device-based data enables a “complete understanding of network performance and quality.” The test company also highlighted its 5G over-the-air device testing capabilities at MWC, as well as integrated 5G NR and LTE test in the form of its CMX500 — and what it says is the first tester for Bluetooth 5.1 after the recent approval of the new specification by Bluetooth SIG in January.

In a conversation with RCR Wireless News, Steve Douglas, solutions and technical strategy lead at Spirent Communications, talked about service assurance for 5G network slicing, monetization and the business case for 5G, and the use of automation in current networks to cut costs, as well as active emulation for security and the use of emulated digital twins for network testing and planning.

“The way the networks of the future are, they’re not static systems anymore, which we could, in a lab, just replicate one and that’s the investment we would do,” Douglas said. “The networks are dynamic. They’re going to be distributed out to the edges. Capacity processing will get dynamically moved all over the place. You can’t spend to build a completely second network, but we live now in a software-ized world — why not emulate that? Have a software-emulated, digital twin of the network that allows you to run all those scenarios against the what-ifs. Try to figure out things like, if I am going to build out in the future, say, edge data centers,  do I really need them?”

Watch the full interview with Douglas below.

Prisma Telecom Testing also touted its 5G emulation capabilities at MWC, noting in press statements that it has been involved in both early 5G Technical Forum work as well as serving as a reference partner for “a number of critical 5G NR projects worldwide and in technology trials and deployments in Europe, Asia Pacific and the U.S.” and is supporting current integration efforts for gnodeB manufacturers.

In other test news this week:

–Rohde & Schwarz says that its new Campus Dashboard product can support management of up to 300 instruments in university lab environments. The test company also said that it is now making standard 16-bit high-definition mode — for increased vertical resolution — on all of its RTO and RTP oscilloscopes; it’s already enabled on R&S’ RTE scopes.

–Teledyne LeCroy has launched a protocol analyzer platform for USB4 and Thunderbolt3 connections, which it says is the first of its kind supporting USB4 — which isn’t slated for release until later this year, and Teledyne LeCroy said that the convergence of Thunderbolt — developed by Intel with support from Apple — and USB Type-C connectors will “[simplify]how people connect their devices.”  USB4 promises higher-speed connectivity and integrates Thunderbolt 3 (more on the technology here).

-At IWCE this week, Viavi Solutions announced that it has boosted its testing capabilities for public safety and/or critical communications networks. Its 3920B Radio Test Platform (formerly an Aeroflex product) now supported automated testing and alignment capabilities for Kenwood NX-3000 radios and Harris XL-185 series radios.

And talk about a generational jump — Viavi is showcasing optical test capabilities up to 800G at OFC this week as well.

-Wi-Fi and Bluetooth test company Ellisys said that its Bluetooth Qualifier compliance test system will be available at UL facilities. It supports both classic Bluetooth as well as Bluetooth Low Energy. Mario Pasquali, president and CEO of Ellisys, said in a statement that the EBQ system has “nearly a thousand qualification tests so far and growing” — as well as Bluetooth 5.1 tests — and described it as “the end-product of an intense engineering effort driven by the current and future needs of Bluetooth developers and test labs.”

Dear CWA Members, As I reflect on the many challenges we faced in 2021 due to the impact of COVID-19 and it’s variants, I am so thankful that we were able to host our two marquis events – The … END_OF_DOCUMENT_TOKEN_TO_BE_REPLACED