What is Project BroadWay?

What is Project BroadWay?

About a decade ago, the European Commission started having formal conversations around TETRA and the future of public safety communications networks. This led to the formation of Public Safety Communications – Europe, and subsequently to research validating what public safety users would require in mobile broadband, called Project BroadMap. Now, a Request for Tender has just closed which will help shape the future of pan-European mobile broadband: Project BroadWay.

David Lund is Public Safety Communications – Europe president and coordinator of Project BroadWay, which falls under the umbrella of the Horizon 2020 program. Lund, who has been involved in public safety critical communications since the early days of TETRA, acknowledged that the European Commission has come in for criticism over the years, because many of the research projects which it funds get to the demonstration phase — but not to commercial adoption. To address this, Lund said, the EC developed a new instrument called pre-commercial procurement – of which Project BroadWay is a primary example.

“We are the biggest project in Europe that does this, and the first one in security as well, so – no pressure,” Lund says with a chuckle.

Under BroadWay’s predecessor, Project BroadMap, PSCE headed up a team that took stock of all the requirements for public safety mobile broadband which had been offered up by existing research, and surveyed EU public safety responders across all disciplines to establish which features were the most important to them. BroadMap also involved putting together possible solutions for an architecture and what type of solution(s) would actually meet all of the prioritized requirements. The third phase focused on devising a strategy for a business architecture for such a network.

Project BroadMap culminated in an overarching umbrella architecture dubbed SpiceNet: Standardized PPDR (Public Protection and Disaster Relief) Interoperable Communication Service forEurope. It covers some technology aspects, but it primarily lays out what needs to be in place to address the challenges that have hindered PPDR critical comms in the EU: spectrum harmonization, reliance on 3GPP-standardized technology and MC features, frameworks for mobile network resource sharing and agreements between mobile operators for the purpose of public safety-grade mobile communications, and a pan-European governance function for the network — but with key guiding principles that include individual countries having the autonomy to establish and follow their own national public safety broadband roadmaps and choose from what deployment model (dedicated, MVNO, or some hybrid of the two) works best for them.

“What we’re looking for here is pan-European mobile broadband for public safety,” Lund said. “In Europe, 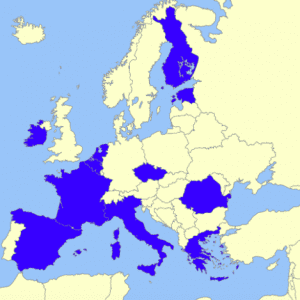 we don’t have that, because the TETRA deployments are individual in each country. TETRA, TETRAPOL, P25, they’re all there. There’s even WIMAX. And they’re all different. They don’t work together. So if you think about mobile responders and the fragmentation we have in Europe, cross-border collaboration just doesn’t happen. In some cases, it does, because in they’ve been more organized than others and they do have cross-border collaboration – but essentially, you cannot take one radio into another country and use it. And that’s quite crazy if you think about the geographics and the size of Europe. Europe itself is big, but the size of the individual countries isn’t.”

The BroadWay team spent a year putting together an RFT that included 11 core objectives for enabling pan-European public safety mobile broadband and put that RFT out in February of this year. The deadline for responses was August 22 and the tenders are being reviewed, with contracts expected to be signed on October 7 in Brussels. The BroadWay team is different 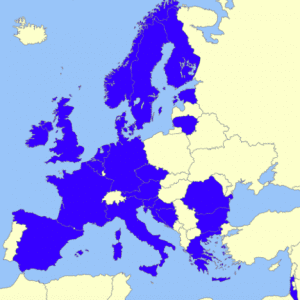 from the BroadMap team, although both have been led by PSC-Europe: BroadWay’s team is made up of 11 ministries of the interior, or their designated agencies, in 11 EU countries. They typically operate the TETRA/TETRAPOL networks in their respective countries and cover 1.4 million responders. In addition, PSCE has an evaluation team of 49 responder organizations – police, fire and emergency medical services – in 14 countries who want to be part of the evaluation of public safety mobile broadband solutions. A total of 60 additional organizations have expressed support for the project.

“People ask me a lot, ‘Are you the European equivalent of FirstNet?’ and I say no,” Lund said. “There are two things we don’t have: we don’t have spectrum harmonized across Europe, and we don’t have a single mobile carrier across the whole of Europe. Organizationally and politically, a lot of challenges are there. But BroadWay itself is procuring a technical solution to the interoperability problem, and … we have the people in the room to make those agreements.”

BroadWay, he says, is helping to align conversations across represented countries in terms of expectations and ideas, how to integrate and enable mission-critical features such as MCPPT, video and data, and how they will work across the many EU member countries.

Lund cautions, however, that BroadWay is not aimed at procurement of an actual commercial network system. It brings national buyers to the table, but its aim is bringing vendors and carriers together, with research funding, to solve the problem of “operational mobility.” BroadWay will award R&D service contracts to a number of teams in parallel in a phased approach.

Pre-commercial procurement (PCP) has three phases, Lund explained: a design phase, a prototype phase and a pilot phase. The current RFT which just closed will result in a maximum of five teams – and vendors have to bring a mobile network operator to the table with them, he noted. Each of the teams will produce a design for a system that would enable the pan-European, cross-border capable mobile broadband network that BroadWay has envisaged. For the prototype phase, the five teams must submit a proposal to develop their designs to the prototype phase; three designs will be chosen. After the prototype phase, another round of competition will result in two suppliers earning pilot project status. BroadWay expects to have the pilot systems by mid-2022. Along the way, those systems will be subject to real-world testing and evaluation by PPDR agencies.

“Once we procure this system, then it’s going to be evaluated actually by responders,” Lund said. “We can’t just do a technical test on this and say ‘oh, yep, it follows all the standards. It’s good enough to be used.’ … There’s a certain, I would say, implicit mistrust in the knowledge that you’re going from a dedicated communications system to a shared system. You kind of have a little doubt about it. So we need some extra reassurance for the responders that it’s okay, you can make that communication now.”

The vendors who participate must have either a mobile network operator or a satellite provider on their BroadWay team. By the numbers, BroadWay covers 1.4 million responders out of 3.5 million responders across Europe – which is less than 1% of all mobile users in the region, Lund said. But having carriers involved with the BroadWay project, he hopes, will help them see the value in the opportunity – after all, Lund points out, potentially more lucrative markets such as autonomous vehicles, transportation and other verticals which require high-reliability, high-availability, high-bandwidth wireless connectivity have similar problems, and industry wants to serve them.

“The successful solutions would become the first point of reference for pan-European interoperable broadband for public safety across at least 11 buying countries,” according to the project’s outlined goals.

“In my opinion, with a technical hat on, the technology can do this,” Lund went on. “The will of the commercial motivation may limit it, but if the commercial motivation is in the right direction, then there shouldn’t be a problem, and it just needs to be proven on the ground. Once the responders have got to grips with it and it does work, and they don’t see major failures where someone loses their life, they’re going to trust it. I think it’s going to come sooner than we think.”

Interested in more information on public safety and disaster response trends and challenges, with a focus on the European market? Check out RCR Wireless News’ webinar on the topic, featuring David Lund of Project BroadWay, and the accompanying special report.

The post What is Project BroadWay? appeared first on RCR Wireless News.

Dear Members: First and foremost, I hope everyone is safe and healthy during this challenging and stressful time.  A global pandemic is not something I ever thought would be the focus of our … END_OF_DOCUMENT_TOKEN_TO_BE_REPLACED